Thank you to all our supporters!  We attribute our success to your generosity!
Meet Sweet Caroline!!
She’s another preemie we are helping and she needs our prayers big time!
Caroline was born at 33 weeks, 3 pounds 13 ounces and has been in the NICU for over 11 weeks. She has already had to fight so hard and has beat so many odds. At her first ultrasound her mom was told there was no heart beat and then 5 days later there she was! Her anatomy scan showed several heart defects and she was diagnosed with tracheal-esophageal fistula, her stomach wasn’t connected to her esophagus. She has under go several surgeries so little and now has pneumonia.
Please pray hard for her she needs our prayer. Time for us to fight for her and bring her home!! 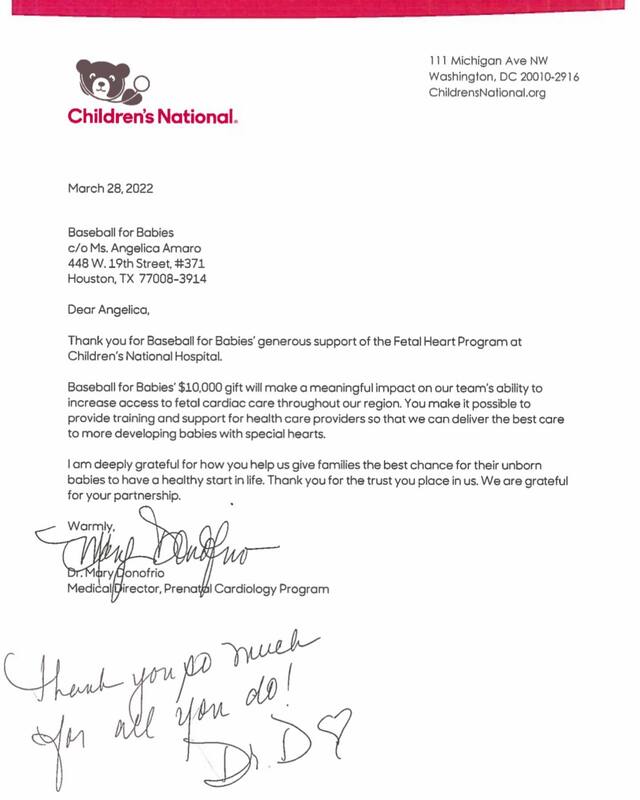 We donated another $10,000 to Texas Children's Hospital Lung Research in 2022 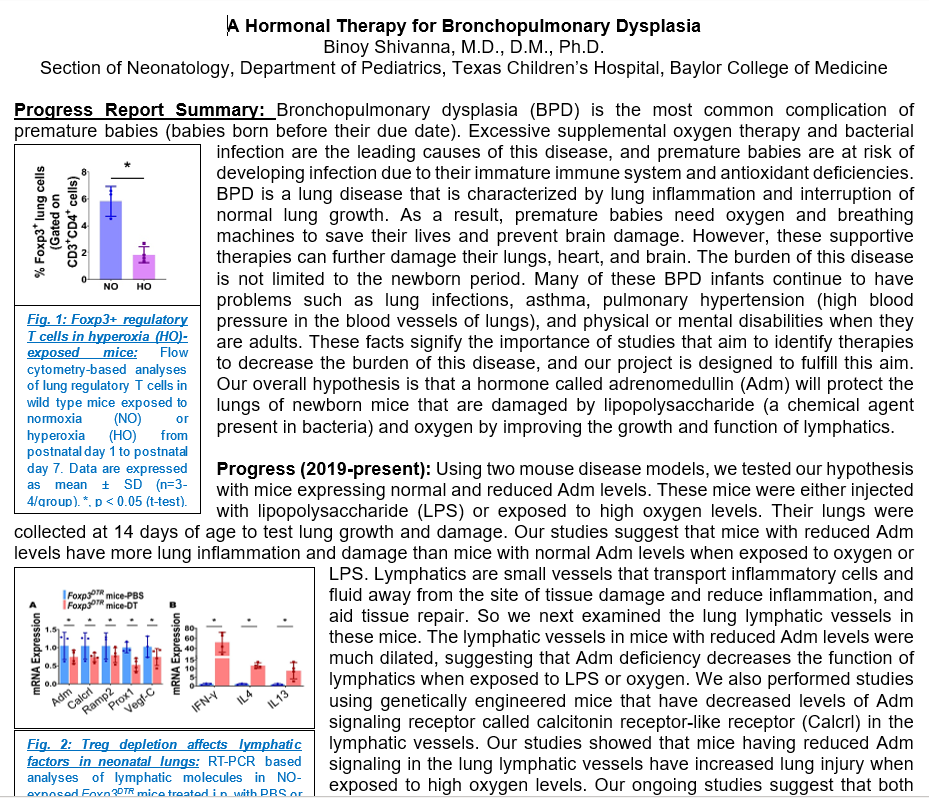 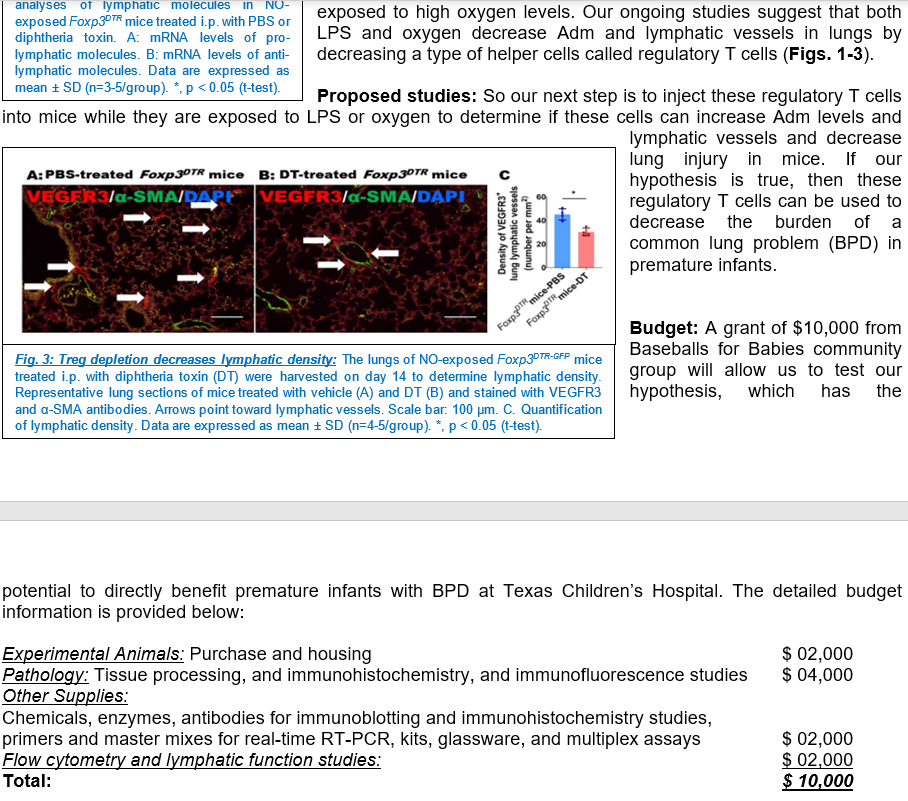 Babies with congenital heart disease (CHD) who require surgery in their first year of life are at increased risk for neurodevelopmental problems. This can include early delays in speech and motor development, difficulty with feeding, and attention and learning challenges that emerge as infants with more long term effects becoming noticeable the child enters school. Behavioral problems and emotional disorders such as anxiety also disproportionally affect these children, negatively impacting their immediate and long-term quality of life.
In recent years, incredible progress has been made in surgical and medical outcomes in infants and children with CHD. As the population of survivors of CHD continues to increase, caregivers are broadening their focus to address patients’ long-term quality of life alongside their immediate medical needs. In order to truly make a lasting difference for a lifetime, comprehensive, state-of-the-art care must include neurodevelopmental assessments and support.


The Cardiac Neurodevelopmental Outcome (CANDO) program at Children’s National was established in 2012 to address this critical gap in total care for infants and children with CHD. By focusing on possible weaknesses or limitations in neurodevelopment and early learning, providing recommendations and treatment planning, and communicating back to the child’s cardiologist and pediatrician, our cross-disciplinary team, led by Dr. Mary Donofrio, helps children reach their highest potential.


While the American Heart Association and the American Academy of Pediatrics have recommended that children with CHD receive regular neurodevelopmental evaluations, this specialized, wraparound care is not in large part covered through any type of insurance. Philanthropic support is critically needed for evaluation and follow up care for 50 babies (age 6 months or younger) in the CANDO clinic in the coming year; support will also ensure the CANDO team can screen every baby who is admitted to Children's National Hospital's for heart surgery. 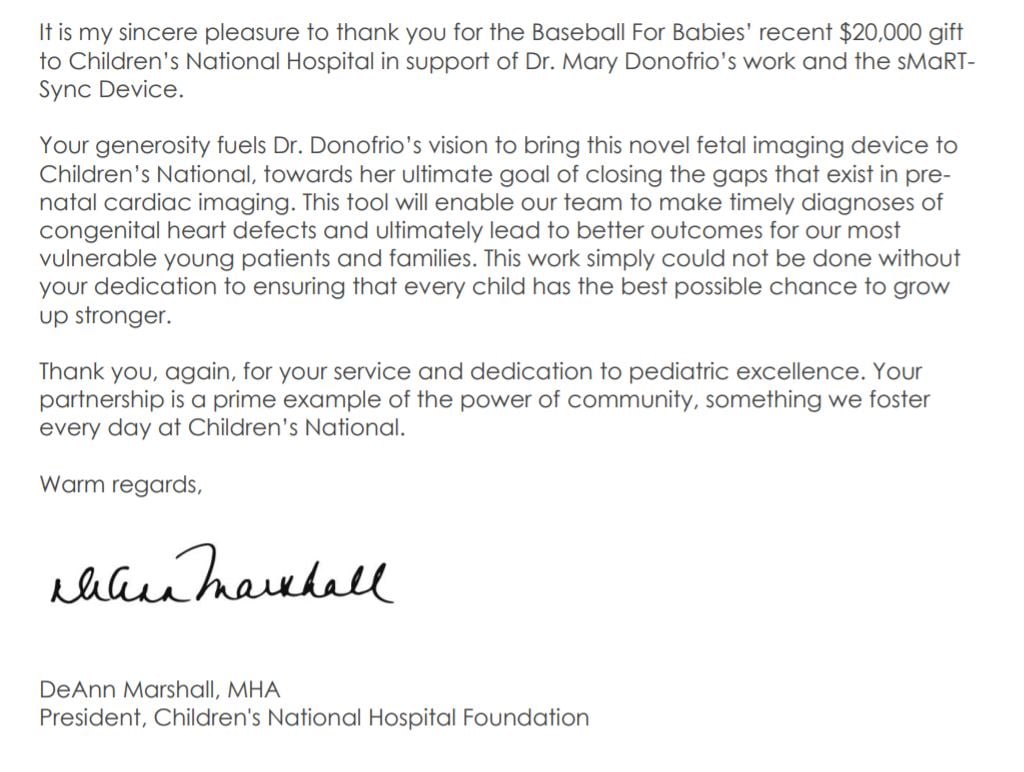 We also donated another $10,000 to Texas Children's Hospital 2021 for the continued research we have be funding 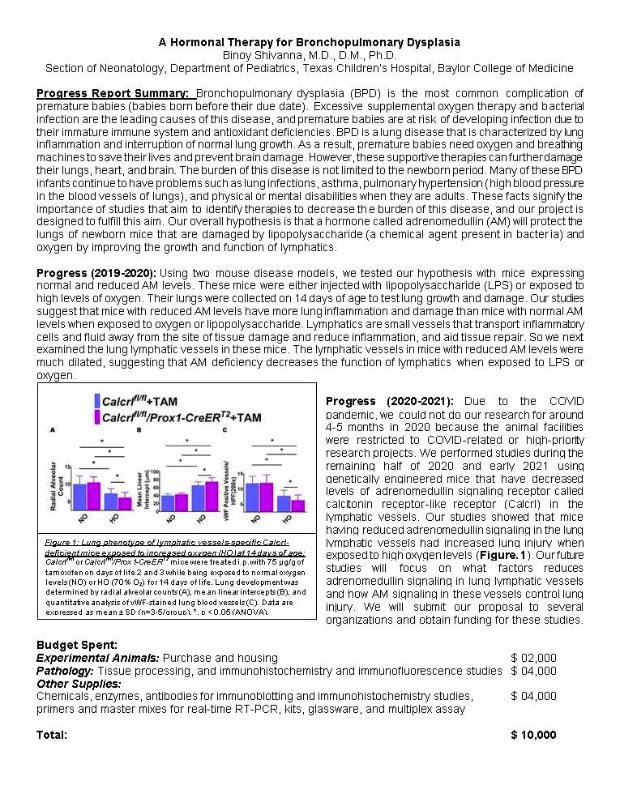 With Doctor Suresh (the chief of Texas Children’s NICU) and Doctor Shivanna (another researcher on the project) after donating another $10,000 to help them conclude their research on finding a cure for
Bronchopulmonary Dysplasia which is the most common complication of premature babies. Big stuff here!! So proud and thankful for all our supporters! 💗💗 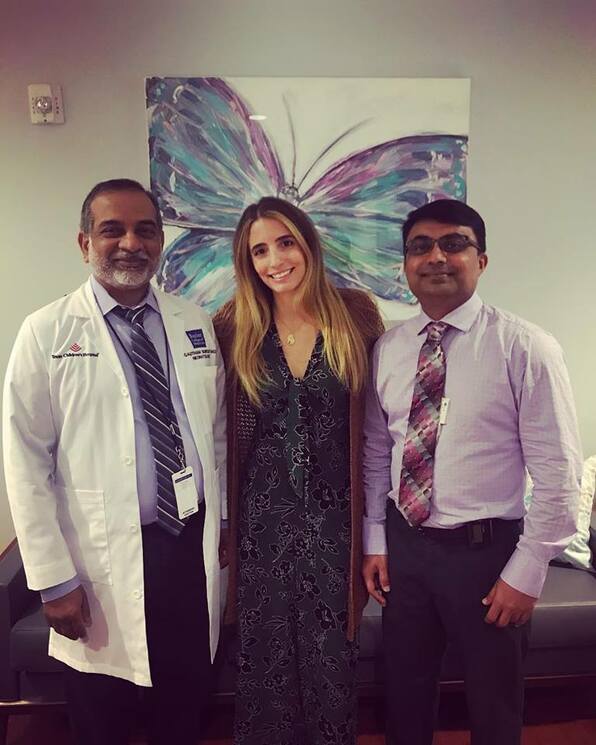 Note from Founder:
The main researcher and chief of the NICU at Texas Children's Hospital took me to see one of the premature babies that this research helped. I had not been in the NICU since McKenzie passed. Now, 10 years later, with your contribution, I was able to see how critical this research is to save babies like McKenzie. I could not be more grateful for your support!!! 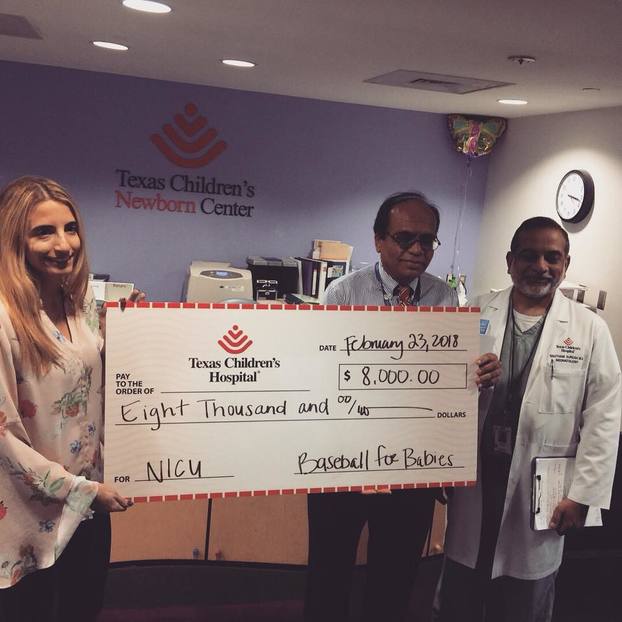 Major ongoing projects in the Neonatology Section (sent from their research team):


In summary, our research efforts have a very high likelihood of resulting in the development of rational strategies for the prevention and/or treatment of BPD in premature infants who receive supplemental oxygen therapy. 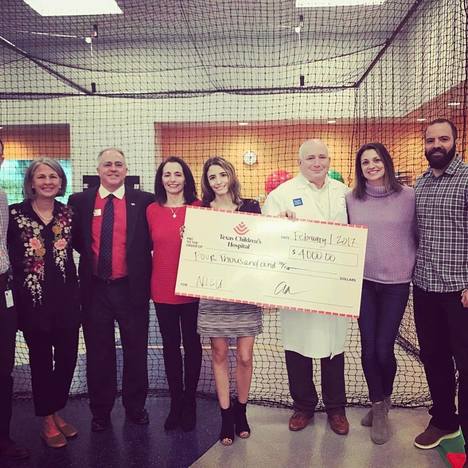